How to create a lead time ladder

If you want to help your team identify and tackle waste in your development flow, here’s a simple technique you can use in a retrospective:

You should end up with charts that look something like this: 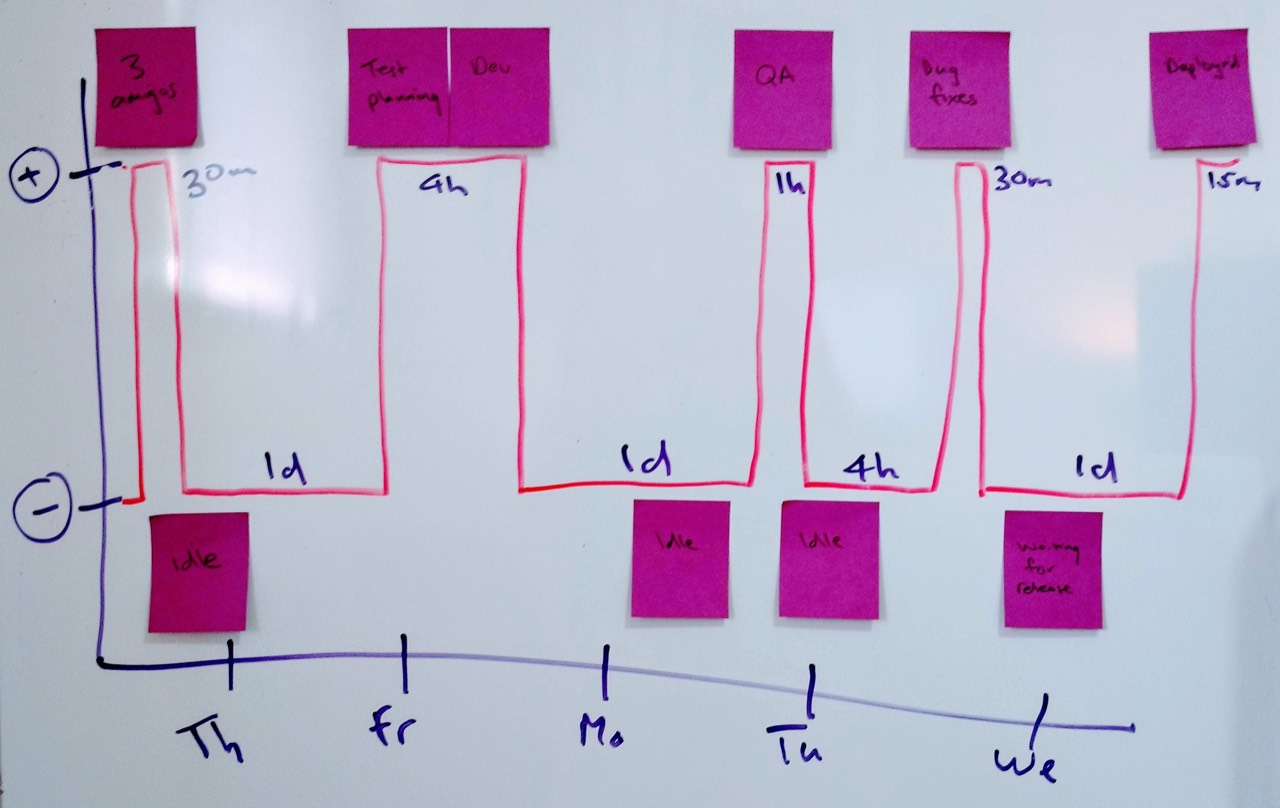 This shows a simplified timeline for a small feature that was one of many cards in a week-long sprint. You can see that the amount of time spent on development and testing was quite low, but it took the whole sprint to get to users because there was a lot of time where it was not being worked on.

The next step is to identify common problems across different features and discuss the causes of these wasteful periods with your team. Finally, this is a retrospective exercise, so you’ll want to identify actions or experiments you can carry out to shorten them.

In the case of the feature above, much of the waste is down to many features being worked on in parallel, and everything being released in a big batch at the end of the sprint.

I’ll leave it up to you as an exercise to think about possible approaches for reducing waste for this team.

I’ve found this exercise to be incredibly useful for product teams as it clearly visualises some of the common issues that come up in retrospectives anyway, but with a visual aid for constructive discussions.